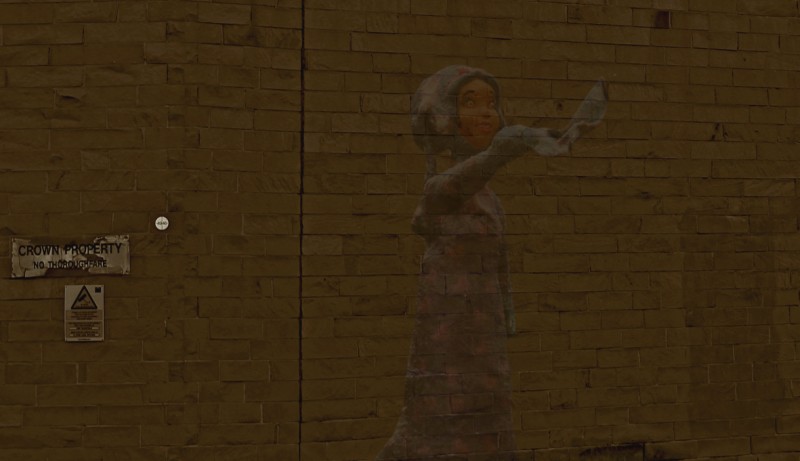 Outside the tent Xoriyo hears churning, snuffling in the sand but out in the bright moonlight there is nothing there, just mole rat holes, dig scrapes, camel dung, she decides to walk home but where the compound was there is a little stumpy thorn bush creaking, and more scrapes and dung and a grey green pigeon comes out of the ground big as a dog, reaching a lumpy pink half claw over the dune

Xoriyo wakes and chucks away the hand she has been clutching, her brother Jamaal’s, terrified Jamaal will wake and if he wakes Muxsin will wake and if Muxsin wakes her mother and father will wake and the whole of Angel Lodge will scream at her. But Jamaal does not wake, Muxsin is fast asleep and Father and Mother are talking softly in the yellow light from the prison. Xoriyo closes her eyes, turns over and sighs. She is in Angel Lodge. She tries to remember the angel her father showed her on the wall in the big building yesterday where the drinking english men wore macawiis and there was an old soldier wearing a sword, she reaches up and holds the angel’s hand, happy to go wherever she is flying.