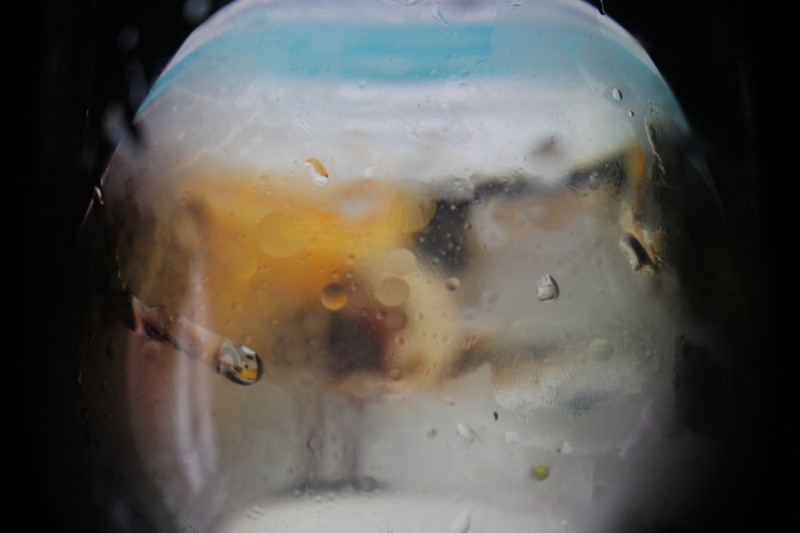 Lyn stares into and out through the glass half full a quarter of a bottle a glass she could force over her sweaty head if she wasn’t reading the recipe through its side a little wobbly from the half glass quarter of a bottle she just glugged unsteady reading the recipe like a story something that isn’t going to happen especially ‘cos she reads in a nursery rhyme voice loud filling her lungs,

The bottle hits the rim of her glass, ding!

Lyn tries to make as beautiful a ding again.