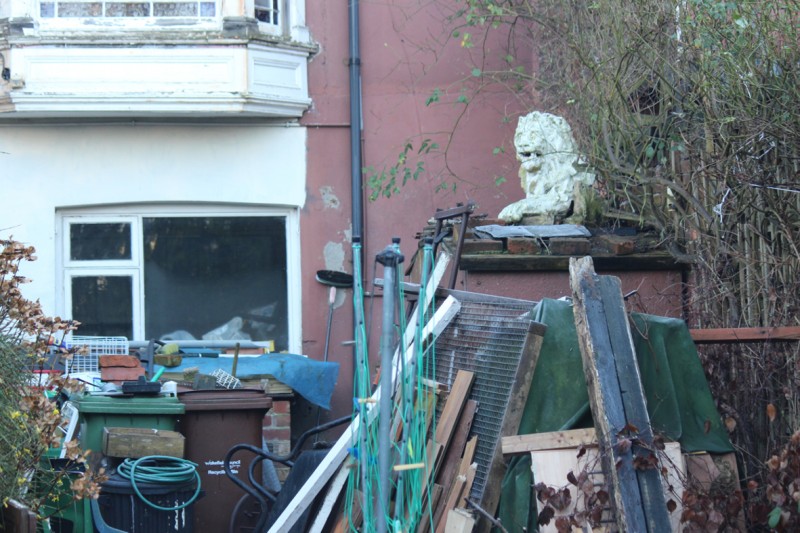 Her mother and father are arguing quietly about the English lady, whether she wanted to meet them because she is kind or whether someone made her meet them and why that might be.

The boys are arguing about which way to go next. Jamaal wins and takes them down a backstreet.

Mother asks, ‘Is he looking at us?”

Xoriyo tries to make out the lion’s face, he reminds her of the cream she had on top of the hot chocolate the English lady bought her. ‘He has no eyes.’

Mother is crouching between Muxsin and Jamal. ‘Stone eyes. Stone ears. They are the best.’

Even Father is bending his knees a little, ‘Look, he is guarding another door to Somalia. They are trying to hide it behind all this junk.’

Muxsin starts creeping away. Xoriyo is not sure if that was a shadow or a face at the window watching them, talking on a phone.