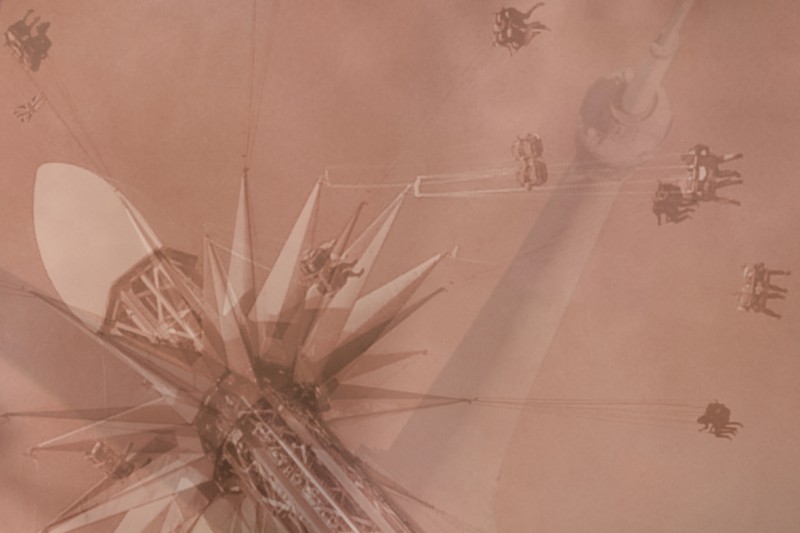 He is asleep again. Lyn’s eyes are drooping but her mouth is dry from smoke, sex, bright sweet alcohol so she gets herself a glass of water, picks her red dress off the bedroom chair and sits legs curled under her to watch over him. He can sleep as long as he likes. She will tie him to the bed, with ropes, with a rose all branches and thorns, her sleeping beaut-  … her Gulliver, but just the right size, under her duvet, out of her duvet, his foot, his knee, his arm, his chest, his mess of hair over his face buried between her pillow and the spare pillow, her usually empty pillow, the edge of his breath not quite a snore.

Thinking snore makes her smile. This boy in her room, her sitting on the little IKEA armchair she still needs to cover, Lyn imagines his face, his chipped tooth, stubble, one sideburn lower than the other, tapered, tired ..

Lyn and her sister Cathy walk by a river in a city, London, a fleet of those ugly yellow bus duck things float past and they are full of the royal family but she doesn’t recognise them, England has a king now, from Norway. Cathy and Lyn are going up in the air, on a high carousel, very high over the river and Cathy is not Cathy, Cathy is him, the bastard, but not beside her, Lyn’s unsure whether she is going round after him in front or he is coming round behind her and the tower is not the swing tower over the river, the city, London, but they’re going high up round Emley Mast, all fields below Wakey one way Huddersfield the other and snowy mountains to the north, she’s dizzy and he, the bastard, he’s shouting at her but what she can hear sounds like “Semolina! Semolina! Semolina!!” The chains jolt and Lyn slips

.. water all down her fluffy dressing gown and legs.