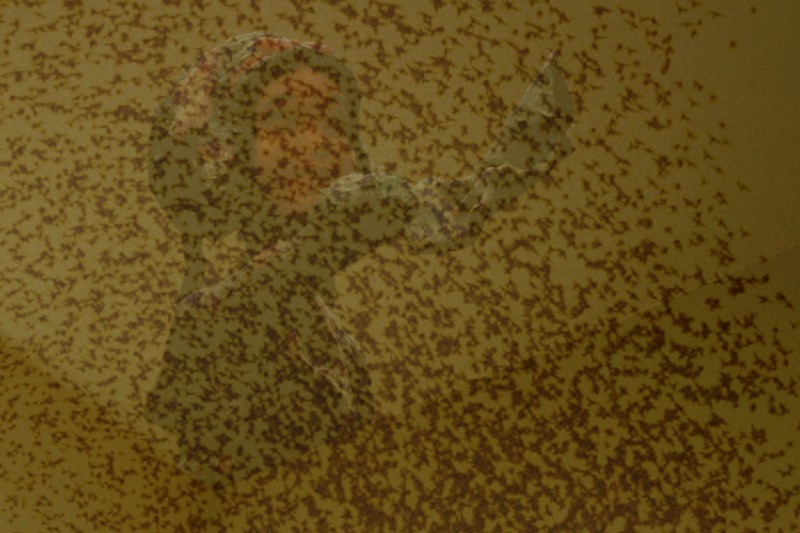 Xoriyo surges for the light, must stay awake until her father returns, ’Mother have you slept tonight?’ But she falls back from the edge, plunges.

The smiley girl is waving her handkerchief and thousands of tiny birds fly out and rise above the golden bridge, Sheffield? thousands and thousands of tiny birds like specks of dust circling the golden light, Sheffield? no not Sheffield, the voice tries all the other names on the list: Burton on Derby? Birmingham Trent Street? Cheltenham Stir? Gloucester Parkway? then Sheffield? again, the voice keeps saying, Sheffield? and the thousand specks sing, they are not birds, her father sings, the lion lady sings, but the voice goes on Sheffield? the voice is coming from a lizard with a woman’s face, red lips and silver balls in her ears, Outfitz? William South? Elm Hall? Bent Wick? Cast Meadow? Xoriyo knows how where you are is the one word you can never say, unless you are wise, unless you carry all the rocks and sand and gateways and doors and ships and planes in your heart, unless you are Xoriyo or one of the tiny angels, it is the answer to everything, where you are is the one word you cannot say, Xoriyo knows that if only she could open her mouth she would be able to touch the ground and tell them: ‘Wake Field. West Gate.’