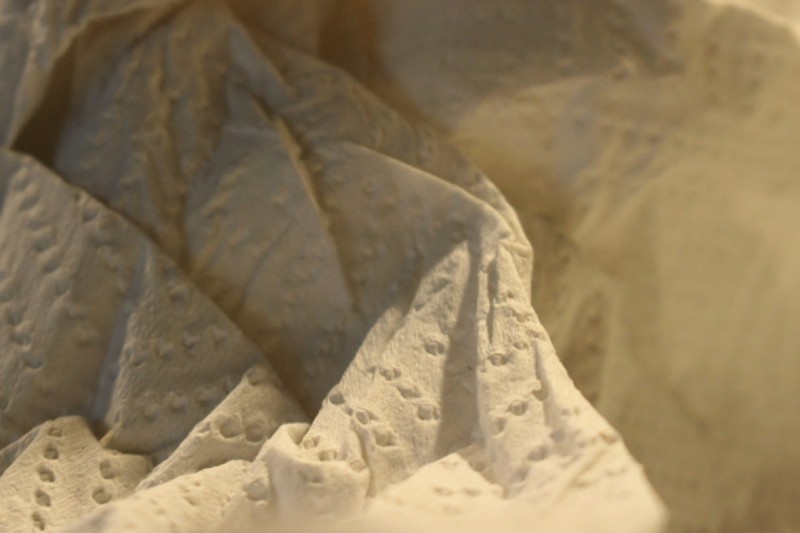 Lyn has left the strainer on the table among tear-sodden clumps of kitchen towel. For a second Clara thinks of running after her but loses herself staring into the iceberg of tissue, plays pavlova blanket Mont Blanc tricks on herself, but she has to get on, she is already behind cooking for the Osmans.

Clara hangs the strainer up on the rack above the cooker, fills bowls with nuts and crisps and, thanking goodness the Osmans are late, begins to put the things together for the Pilau, pleased with herself that she tracked down barberries. The girl could use kitchen towel to strain her juice, the way she used kitchen towel to strain fat from this stock. Just for a second Clara sees a face tight in wet cloth, feels her heart heavy as stone, thinks of the statue out in the wind of Burgage Square.

Her own mother died surrounded by love, in her own bed, her husband holding her hands, Clara there, her brothers there, not abused, not hounded, not dead by her own hand. How awful for Lyn to find her, a child still.  This awful man, Lyn’s father back north, living over at Emley, almost in sight, ever present.