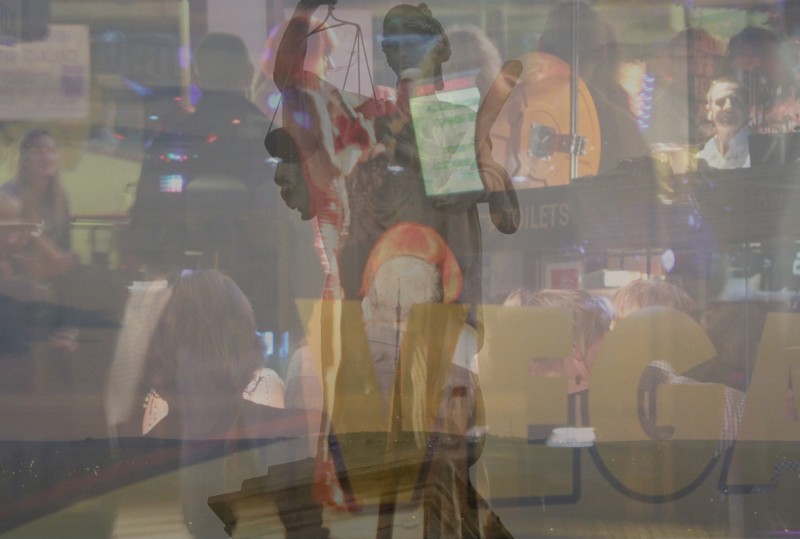 Lyn blocks out the men chanting, the women screaming, the ginger drag act. Her boy’s top front tooth is chipped. Holes for two studs in his ear. At first his voice shocked her, hard, very Wakey, twinkly eyes, she bets he wore diamond studs, twinkly jokey. But honest somehow. Lyn shrugs off the tickle of his breath in her ear. Are any honest? She’s tired. Crap. Why are you are always tired when tomorrow’s your day off. Shit, today now. The noise is beginning to do her head in, she likes his breath in her ear, leans forward like she’s really interested in what he’s saying. It was beers and bands and then Ibiza, cow fangen or something, Thailand, now he’s on about an air hostess and his Mum but she’s not listening just looking, he’s funny and he knows. His hands and nails are so clean his work must be dirty. In this light his hair’s yellow. She should have said yes when he asked her to dance, his hands would have been on her hips, down her back, if he doesn’t ask when the music’s back on she will kiss him. Just to shut him up. Tongues. Right off. Shock him.

But he stops anyway, asks, ‘You angry?’

‘You look angry, something I said?’

‘I told you, I’m not angry, look.’ She pulls a wide smile but feels fake, a stretched eek, droopy mouth sides.

‘I prefer you angry.’

‘I wasn’t angry!’ She knows as she says it he must be able to see something. She has been angry for months.