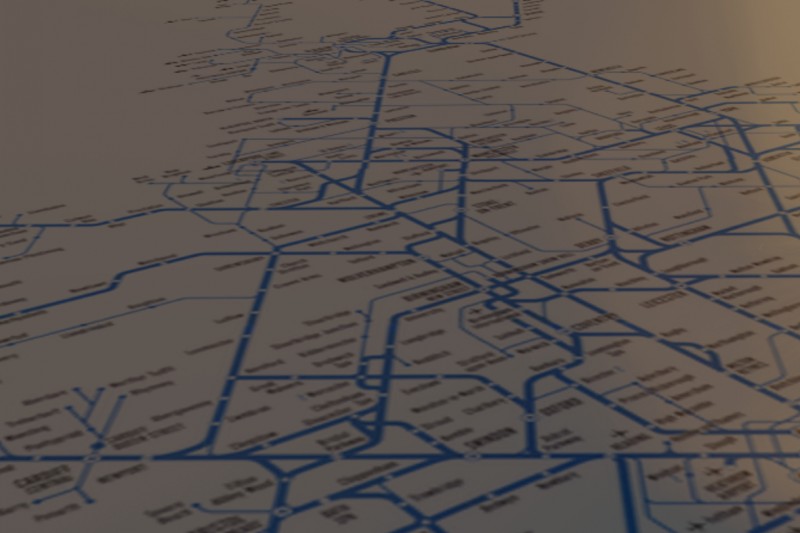 Sitting with the map spread on the bed, her father shows Xoriyo the places, it is a map for trains and had been useless in the minibus up from the south, but fits now as his finger steps up the country then across in time with the tannoy.

The train gets loud then goes away.

Her father says the words in Somali. Noticing Muxsin has one eye open watching, he says the words again with hand actions … pointing at mother then him then Xoriyo, pulling a bad taste face, drawing high towers, pointing to his mouth, snuffing a candle, feeling his coat, waving, feeding an animal, giving money and putting something in a bag, pointing at mother, pulling up water, elbows walking quickly along and …

Her father looks lost for a moment then points to his middle, shakes his head, draws a circle and points to the middle of that. Shrugs. They are laughing, even her mother is laughing.