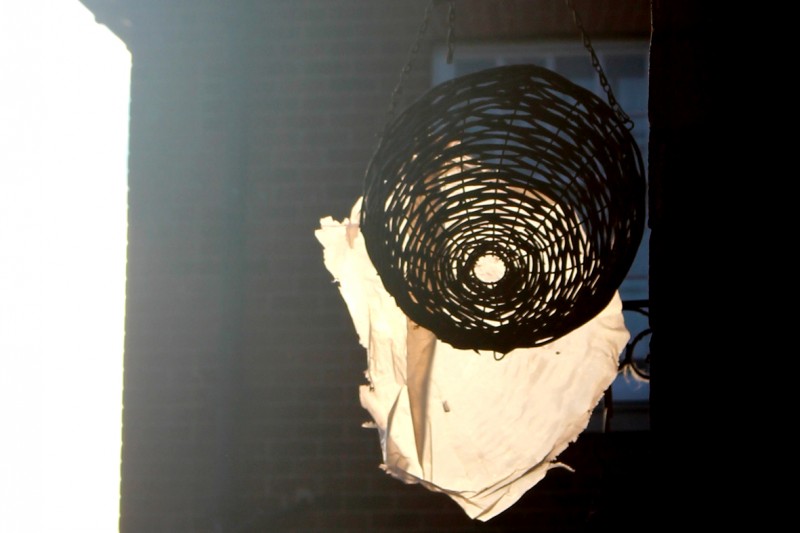 Mother Jamal Muxsin are standing outside the door of Angel House with all their bags. The driver of the black minibus who shouted at mother that time is there, smoking a cigarette, holding a piece of paper, talking on the phone. As soon as he sees her Father he is shouting questions.

The driver says, No Miss Takes. Under Land. Now. Look.

Father points to the man’s phone, says Mohamed Osman, shows the man a card and holds his hand to his ear like a phone. Ring Im. Please. Ring Im. Miss Take. No. Not now. Chef Field. Burn Grief.

The man shouts back, Yes. Under Land. Fucking Now.

Xoriyo can see people behind the dark glass windows of the minibus.

The man stabs his cigarette fingers at the paper. See. Sez. Under Land. He starts to pick up their bags and Father grabs him by the shoulder but already men and women are running out from the entrance of Angel Lodge and two of the men have her father his arms behind his back and hold him still, breathing, breathing deeply and shaking his head, saying No. Miss Take. Family. Burn Grief.

And one of the women has her hand hard round Xoriyo’s arm only hurting a little but so she has to walk forward towards the minibus if she wants it not to hurt a lot and when she looks round for Jamal and Muxsin, the woman shoves her forward so her shins bang into the step and she falls up into the back of the minibus and she can smell the strong flowery smell on the bright clothes of the two smiley Zimbabwean men in the seat in front and Muxsin Jamal Mother Father are in and doors slam and they are moving, some people in the van are laughing, some people like Mother and Muxsin crying.